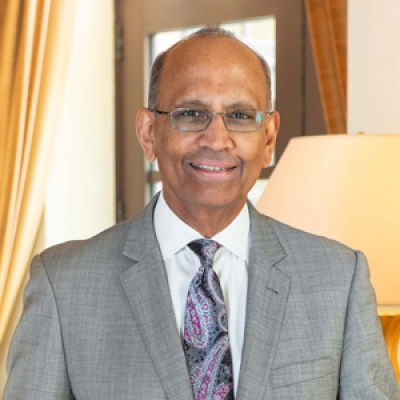 “To meet heightened client expectations, we need to be exacting in our own internal standards.”

While still in college, Vikram Reddy worked part-time in a hotel in Anaheim, California, and before long, he knew it was the only industry he wanted to be in. “The wide range of experiences and combination of skills needed made every day exciting,” recalls Reddy, now Regional Vice President and General Manager of Four Seasons Hotel Macao. He also found that the art of hospitality was already in his blood: “I learned from my mother the art of graciousness towards guests at home, and the hotel business is just a continuation of this.”

Reddy discovered early in his Four Seasons career the importance of being resourceful and flexible. “While working at Four Seasons Resort Bali at Jimbaran Bay, a company booked all the Resort’s 147 villas and requested a private candlelit dinner in each villa,” he recalls of one of his most extreme experiences. “It meant catering for around 250 guests in just three hours – an incredible challenge given that the villas are spread over 35 acres (14 hectares). We had to use all available manpower.”

With the energy and enthusiasm demonstrated by the staff at Four Seasons Macao, Reddy is confident that together, the team will create unparalleled experiences for discerning guests. He says, “It is an exciting time to be taking a big step forward with our team at Four Seasons Macao, as we have recently celebrated more than a decade of exceptional service in town and with a new extension to the Hotel in the horizon. I expect to maintain the highest standards both in myself and my staff, which is synonymous to the Four Seasons brand, and is crucial in supporting Macau’s position as the world centre of tourism and leisure.”

A fitness enthusiast, Reddy feels energised after his workout, which he says is a “must do” for him. He is keen on contining exploring and travelling with his wife.