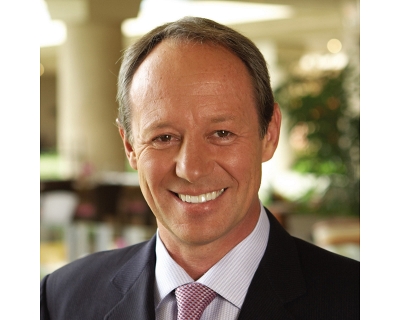 "The key to success is striking the right balance with identifiable concepts that appeal to your guests."

“It’s a wonderful marriage,” says Thomas Steinhauer of the luxury services and immediate access to world-class amusements guests relish at Four Seasons Resort Orlando at Walt Disney World® Resort. The family-friendly nature of the entertainment brands surrounding the property and spot-on proximity to the same is the cherry on top of the experience Steinhauer oversees as General Manager. “Orlando gets 51 million visitors a year and there is a whole range of accommodations available for them,” he continues. “Now they have the opportunity to enhance their stay with Four Seasons style luxury onsite at Walt Disney World Resort. That’s something totally fresh and new.”

“Whatever the clientele, the trick to making a resort such as ours click is striking the right balance with identifiable concepts that appeal to guests and then going a step beyond,” he continues. Steinhauer has much experience dazzling guests from all angles. Hired by Four Seasons in 1995, he developed his deep industry knowledge and expertise at iconic addresses in Boston and New York.

He arrived in Orlando from Four Seasons Resort Maui at Wailea, where he served twice as General Manager for a total of a dozen years, most recently pairing the lead role with Regional Vice President overseeing a handful of US addresses as well as Four Seasons Spas throughout the Americas. Along the way, he not only led a thoroughgoing renovation of the Maui resort but also launched an extraordinarily popular package program that transformed the very concept of a resort stay.

“When I arrived in Maui, the first objective was to adapt the property to make it a fun place to gather for contemporary travellers.” Adding the Resort’s first Spa, Serenity Pool and countless other changes were about physical adaptation to travel trends to stay relevant. But there are thousands of beach resorts throughout the Hawaiian Islands and beyond. So how to stand out? It occurred to Steinhauer that travellers “want experiences they can talk about.” Something extra, that is, that they can’t get anywhere else. So he came up with Unforgettable Events that enhanced Resort activities into something truly unique.

The program started with a tennis package offering play with tennis greats such as Lindsay Davenport. It moved onto a bicycle camp with pedaling up volcanoes with Tour de France riders. Then came things like a surf camp with big wave legend Dave Kalama; wine dinners with top vintners; yoga retreats with renowned yogis; and on and on and on.

“Everything offered is reflective of the destination,” says Steinhauer, “and it has transformed Maui from a beach resort to an experiential resort.” The program also greatly expanded the property’s marketing reach: “Every participant tells someone about their experience, and through social media word goes around the world.”

There is no shortage of opportunities for memorable moments through the many amusements of Orlando. While the new Resort is unforgettable in its own right, Steinhauer recognizes the importance of having it appeal on a more basic level. “The things that make guests feel good today are the same things that made guests feel good 100 years ago,” he says. “After a day in a theme park, guests appreciate that they don’t have to go out looking for restaurants or a spa. The important thing is delivering the right thing for the client at the right moment.” In Four Seasons style, of course.