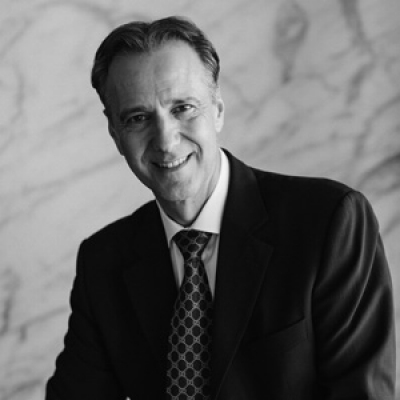 "This Hotel’s success is deeply linked to an exceptional culture of the product, outstanding craftsmanship in all services, and, above all, to a passionate and generous team of talents."

Born in Nice, France, Jean Claude Wietzel grew up above a bakery owned by his parents – two bon vivants who exposed him not only to the fragrances of oven-fresh bread but to the joys of good food, wine and frequent travel. “Hotel work came naturally to me, especially within the culture of Four Seasons. I’d been raised to value respect, humility and caring.”

After a Master of Business Administration in International Hotel Management in France at IMHI (Cornell University - ESSEC) and an international career, Wietzel joined the Four Seasons family in 2002 as the Hotel Manager at Four Seasons Hotel New York. He soon was appointed to the same position at Four Seasons Hotel George V, Paris, where he gained the respect and care of the 600 talents working at the Hotel, offering the most unique experiences to Hotel guests during his four year tenure.

In 2007, Jean Claude was promoted to General Manager at Four Seasons Resort Sharm El Sheikh, followed by Four Seasons Resort Marrakech where he served as the opening General Manager. He then embraced the aloha spirit when he joined Four Seasons Resort Maui, a 380-room resort, where he managed a staff of more than 900 employees and built a strong commitment to the local community.  He has also completed with his team a floor-to-ceiling transformation of the Resort's guest rooms and suites, along with numerous enhancements in the public areas. He was promoted Regional Vice President in 2017 before coming back to Paris and his beloved George V, where the enthusiastic staff already warmly welcomed him back after 11 years. In his role as Regional Vice President and General Manager of Four Seasons Hotel George V, Paris, Jean Claude Wietzel oversees the operation of the 244 rooms legendary hotel.

An accomplished musician, Wietzel spent seven years studying piano at the Nice Music Conservatory. He still tickles the ivories whenever he can between work and family commitments with his two sons Loic and Hugo. “I find it very relaxing,” he says. “It takes me into a world of my own, and I’m able to forget about everything else.”  He is also a keen sportsman who enjoys golf, tennis, skiing, and running and might soon run together with Hotel guests during a very Parisian "Run My City."