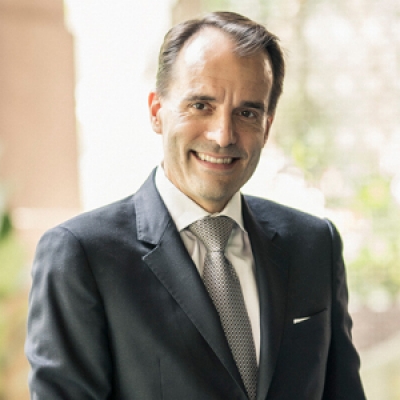 “Invest in people if you truly want to make a difference. Make time, invest resources, applaud and coach. The rest will take care of itself.”

Draminsky employs a “team-centric” management style that has served him well over the years with Four Seasons. From a guest perspective, he understands the evolving travel expectations and purposes, and is constantly on the look-out for creative ideas to enable guests to experience the beautiful Garden City, from the Hotel’s amenities and services to culinary offerings.

On the staff front, Draminsky believes in celebrating and empowering team members. “Appreciating and celebrating the team motivates everyone intrinsically and spurs us to want to be even better than yesterday. There continues to be an ever-increasing number of accommodation options for guests when visiting the Garden City, Singapore. Yet, we have welcomed home many who stay with us time and time again because of the authentic interactions they have formed during their time with us. This is success to me.”

Draminsky, an avid sportsman, continues his tenure along with his wife and lovely daughters in Singapore, a dynamic city state famed for its Garden in a City urban landscape, home to 5.6 million residents. A significant entrepôt along the ancient Spice Route and Silk Road, the island state is widely heralded as a modern day miracle, having evolved from a sleepy fishing village to one of the world's fastest-growing economies.

The Four Seasons motto - the Golden Rule - resonates profoundly with Draminsky so much that he has taken it as his personal mantra. “The Golden Rule, to me, aligns everyone onto the same plane. It helps us to see each team member as an equal contributor to the success of the business and more importantly, that we see and relate to one another as unique personalities and individuals.”