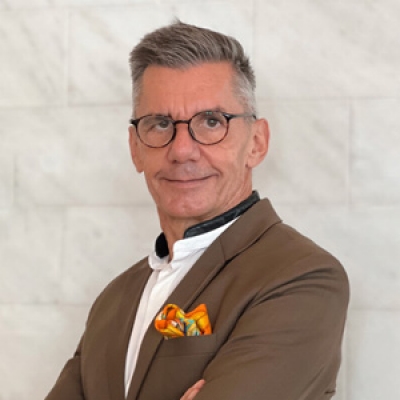 “The role of a GM is to make all the diamonds around you shine a little brighter.”

Along with more than three decades of experience in luxury hospitality, Blaise Montandon brings with him a sense of buoyant energy and a wealth of industry insights. “As the travel landscape continues to evolve, connection and personalization have become more important than ever,” he remarks.

Indeed, under his leadership, Four Seasons Hotel Kuala Lumpur is introducing new and meaningful ways for travellers to experience the city. Adopting a resort-style approach of taking responsibility for the guest’s entire stay, both within and beyond the property, Blaise’s goal is simple: “for people to fall in love with this dynamic, kaleidoscopic city.”

Interestingly, he applies this philosophy not just to vacationers but also to business travellers. “They, too, want to engage with the destination but have a limited amount of time and energy to spare.” Which is why Four Seasons Hotel Kuala Lumpur is also expanding its experiences portfolio to include unique activities that can conveniently be slotted into a work trip.

Growing up in a small Swiss town, young Blaise first fell in love with the idea of hotels while holidaying with his parents around the country and in neighbouring regions. “I was fascinated by it all. The energy, the glamour, the opportunity to meet people from around the world. Even as a kid, I knew this was what I wanted to do.”

After graduating from the Hospitality Business School in Lausanne and studying management at the University of Lausanne, he cut his teeth at two reputed hotels in Geneva. Since then, he has led hospitality teams at diverse locations around the globe, including Singapore, Japan, China, Thailand and India, alongside stints in Europe and North Africa. Most recently, he served as General Manager of Four Seasons Resort The Nam Hai, Hoi An in Vietnam.

Thanks to his enthusiasm for new challenges and a desire to understand “how things work from the inside,” Blaise’s route through the industry has been somewhat unusual: from finance to sales and marketing to operations and development, via a wide range of pre-openings and multi-use development projects.

Along the way, he has learned to value what truly counts: building a close-knit team, having fun at work, and extending a sense of positivity and joy to everyone – guests, staff and community. A core component of his leadership approach is creating an environment where employees can grow and flourish to their full potential. He also likes to be challenged and to learn from all the talented people around him. “The role of a GM is to make all the diamonds around you shine a little brighter, but it’s essential for me to learn from the team too,” he says.

A creative thinker, Blaise loves to experience new cultures through museums, galleries and local markets: “art forms reveal so much about a place and its people.” He also makes time in his day for mindfulness. Having discovered meditation while based in New Delhi, he has attended multiple silent and walking meditation retreats over the years.

Last but certainly not least, Blaise is a passionate connoisseur of street food, especially around Asia. On evenings off, there is nothing he loves more than being anonymous in the big city, sampling an array of regional specialties and chatting with local residents.