At the end of WWI, Noémie de Rothschild, wife of Baron Maurice de Rothschild decided to spend some time in St. Moritz, Switzerland. There, she dreamt of creating a similar ski resort in France, one with an exclusive atmosphere and a distinctly French character. On the advice of her ski instructor Try Smith, she discovered Megève, a small village dating back to the 13th century. She was immediately captivated by its charming character, as well as the splendid panoramic views from the Mont d’Arbois plateau above the village.

The Baroness was convinced that this picturesque site could easily rival St. Moritz, and decided to move forward with the creation of a ski resort at the Domaine du Mont d’Arbois. In 1920, construction began on her first hotel, Le Palace des Neiges (no longer in existence). With the Baroness’s support, Megève quickly became a favourite with the aristocracy and other celebrities as well as famous names from the world of business and finance.

Gradually, more infrastructures and facilities were built in order to ensure the resort’s long-term success. The first ski lifts and an airfield were constructed under the Baroness’s watchful eye. A few golf holes were created in the 1920s, but her son, the Baron Edmond de Rothschild, was the real golf enthusiast and went on to create the Mont d’Arbois Golf Course in 1964, entrusting the layout to British golf champion Sir Henry Cotton.

Only a two-minute drive from the Mont D’Arbois ski slopes, in the upper part of Megève, and only two kilometres from the existing Four Seasons Hotel Megève, Les Chalets du Mont d’Arbois are named after Benjamin and Ariane de Rothschild’s first three daughters. The main chalet, renamed Chalet Eve, was bought by Edmond de Rothschild in 1960 to host select guests from an exclusive 100-hour party celebrating the newly renovated Palace des Neiges. Chalet Eve also features the restaurant Prima by Chef Nicolas Hensinger, which now boasts one Michelin Star, a stellar addition to the exceptional dining experiences available in Megève.

Chalet Noémie was built in 1927 for Baroness Noémie de Rothschild by the French architect Henry Jacques Le Même, and was initially the family’s private chalet. Its location offers ultimate privacy, yet features large windows from which to enjoy the idyllic forest surroundings. The chalet has all the charm of an old farmhouse with a modern twist.

Chalet Alice, built in 2005 as an extension to Chalet Noémie, is the most recent of the three chalets. It includes a common living room, with a dining table and kitchen, as well as a private spa with hammam and 2 treatment rooms. The overall decor is bohemian and chic featuring pieces of modern art.

Both Chalet Noémie and Chalet Alice can be fully privatized, and are the perfect option for those travelling with their family or a larger group of friends. In fact, each addition, every detail, contributes to the rise of Megève as an elegant, stylish and authentic resort, embracing the history and local traditions the Baroness cherished.

From generation to generation, the Rothschild family’s role in the development of Megève has never wavered. This personal involvement is now taken on by the Baron and Baroness Benjamin de Rothschild, who remain great connoisseurs of Megève.

November 4, 2020, Megeve, France
Ski Season is Here So Layer Up and Prepare to Experience Four Seasons Megève Collection Like Never Before 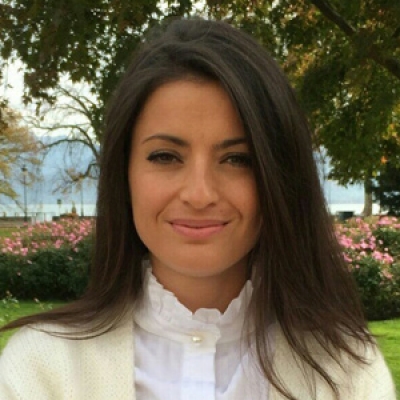