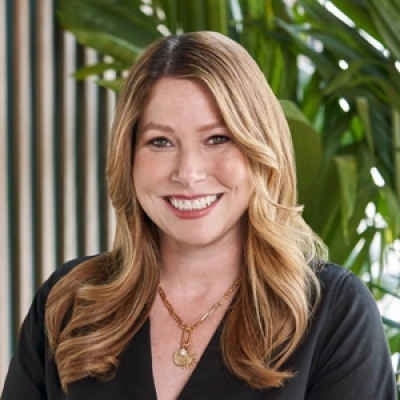 “New Orleans is magical in every way – a true sensory destination. I am thrilled to lead the team bringing Four Seasons to this historic city, embracing its vibrant community and offering travellers an exceptional way to discover the renowned Crescent City.”

“At Four Seasons, we are incredibly proud to be in New Orleans as an integral part of this storied city,” says Mali Carow, reflecting on the Hotel’s place in the Big Easy. As General Manager, Mali blends Four Seasons craftsmanship and character with the city’s celebrated local cuisine, culture and diversity. “The genuine warmth and connection of the New Orleans community pairs perfectly with Four Seasons, as we build upon the city’s rich history of fine hospitality and service.”

Mali brings a depth of Four Seasons experience to her first turn as a GM, with skills grown over two decades working her way through hotel food and beverage departments across the globe. The words she hears the most about her management style are “energy and passion,” she says. “I try to capitalise on that every day, making sure we’re doing things the best we can and opening doors for our people to grow.” The key to that is learning from mistakes, a policy Mali calls “core to what I am. We’re in the people business and are a people-powered company. We all grow by stepping up, taking on challenges, and moving forward, together.”

Mali started with the company in Chicago, and then continued at its Washington, DC address to help pay her way through college. She went on to the Maldives and then to Amman, Jordan, where she was promoted to Hotel Manager. She then took on the same position at Four Seasons Hotel London at Park Lane, where she was “humbled by the legacy” of the company’s original European address – an iconic hotel in London that celebrated its 50th anniversary in 2020. There, she perfected her ability to lead and teach the employees more personal ways to curate once-in-a-lifetime experiences and ensure special recognition to each individual guest.

Now, she is thrilled to lead the team in bringing the Four Seasons experience to New Orleans, for guests and locals, as well as those who call Four Seasons home as she also oversees the property’s Private Residences.

“So much of what I do is about connecting with guests and residents, making sure their needs are met and their time is their own,” she says. The Hotel team includes many company veterans who were excited to transfer from other properties to be part of the New Orleans team. “We are all excited to be a part of this community, embracing its culture and learning from its acclaimed history. Against this vibrant backdrop, our team will bring the legendary Four Seasons experience to life for guests, residents and locals alike.”

In their downtime, Mali, her husband Memo and their son Sam all love being outdoors.  With the city’s diverse sections and the Gulf Coast right nearby, there is plenty to explore. They also enjoy introducing Sam to the rich culture of New Orleans, including its music and art.  Whether it’s a stroll through City Park’s sculpture garden and the children’s museum or a food festival in the Warehouse District, days off are filled with adventures.  “Some of our most memorable outings have been completely on-the-fly and unplanned, and we’re delighted to discover this spirited, incredible city.”