After two years of virtual fundraising, one of the world’s original Terry Fox Runs is once again an in-person event for everyone (rain or shine)
Toronto, Canada
Download this image Download all images

Four Seasons once again invites runners, walkers, riders and skaters to join Chairman and Founder Isadore Sharp and hundreds of Four Seasons corporate and hotel employees and their families and friends for the annual Terry Fox Run at Wilket Creek Park.  The Toronto event is one of the original Terry Fox Runs, supporting Terry’s legacy and raising funds for cancer research in his name.

Each year, Four Seasons organizes and participates in charity runs and other initiatives all over the world to raise funds toward advancing cancer research, a cause that has been supported by Four Seasons employees since Terry’s historic Marathon of Hope across Canada 42 years ago.

In the company’s hometown of Toronto, Canada, employees of Four Seasons Hotel Toronto and the corporate head office organize Ontario’s largest Terry Fox Run site at Wilket Creek Park. Thousands of participants are anticipated to run, walk, ride and skate through 2 km, 5 km and 10 km routes on Sunday, September 18, 2022.  Four Seasons employees and their families and friends will volunteer by registering runners, serving food and refreshments, and helping with the children’s play area.

Local radio and television personality Devo Brown will emcee the event again this year during the opening ceremonies beginning at 8:30 am EST, and fitness and preventative health experts Derek and Esther Murchie will lead the warm-up ahead of the 9:10 am EST official start.

Participants, volunteers and their families will enjoy entertainment by Michael Walker and Band, Shoemaker Levee, up and coming singer and songwriter Paige Rutledge, and musician and songwriter CJ Cooper. The Canadian national anthem will be performed by Gabriella Reyes, who has appeared at Toronto Blue Jays and Toronto Raptors games.  Throughout the event, for all registered participants, there will be complimentary BBQ, children’s activities, parking shuttles, and musical entertainment.

Registration is free and can be done online or at the Wilket Creek site from 8:00 am onwards.

Wilket Creek Park is located at the corner of Leslie Street and Eglinton Avenue in Toronto, just down the road from Four Seasons corporate office.

More than CAD 12.5 million has been raised at the Wilket Creek Terry Fox Run site since 1981. Every dollar raised has gone directly to the Terry Fox Foundation.  Projects supported by this event include precision oncology for young people with hard-to-treat cancers, genetic research into hereditary cancers including Li-Fraumeni Syndrome, special projects of the Terry Fox Research Institute related to brain and eye cancers, advanced research to help understand and treat leukemia, overcoming treatment failure in lymphoid cancers and drug resistance in prostate cancer, improvement early detection of lung cancer, and more.

Those who wish to support this event but are unable to attend in person are encouraged to consider an online donation.

Terry Fox inspired Canadians with his 1980 Marathon of Hope before succumbing to the disease the following year.  The first Terry Fox Run was held that year, and today there are more than 9,000 annual Terry Fox Runs around the world, all volunteer led and organized. To date, more CAD 850 million has been raised worldwide for cancer research in Terry’s name.

As Terry said in 1980: "If you have given a dollar, you are part of the Marathon of Hope."

The commitment of Four Seasons to cancer research began in 1980, when Isadore Sharp personally pledged to Terry’s cause and wrote to 999 other Canadian executives urging them to support cancer research. The following year, Four Seasons organized the first ever Terry Fox Run in support of cancer research, in his memory.

What began as a single event has now grown to include an event at every location in which Four Seasons operates.  As part of its unwavering global commitment to the cause, Four Seasons hotels and resorts host, sponsor and participate in countless local events to benefit both the Terry Fox Foundation and local cancer research and care facilities around the world. 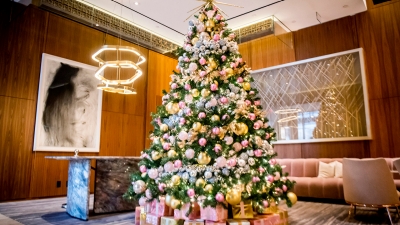 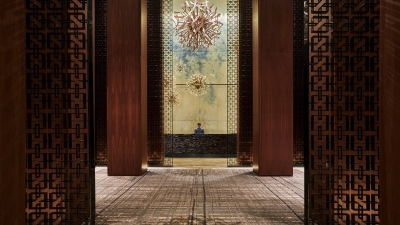